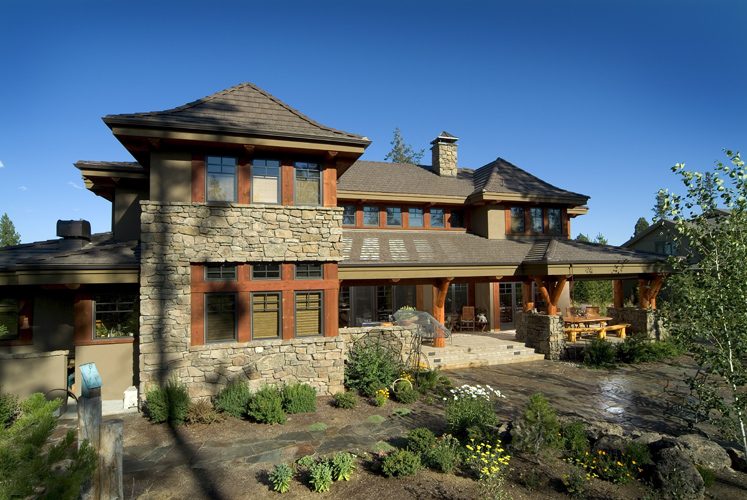 In 2001 my wife and I decided to build a new home in the Crosswater area of Central Oregon. During my business career I had the opportunity to hire and work with many architects on both residential and commercial projects. Based on past experiences, we talked to a number of people in the neighborhood where we were going to build regarding the architects they have used for their homes and using the information we accumulated from those discussions we selected several local architects to interview. One of those professionals was Scott Gilbride.
After conducting several interviews with different people we selected Scott to design our home. Even though the others were very capable and professional, we found Scott to be head and shoulders above the others. His ability to actually listen to what clients want and transform that information to a plan is phenomenal. We made very few changes to the first draft of the draft plan that he gave us. He produced our first draft in a very short time compared to other architects that I had worked with and he gave us a schedule for the completion of the plan that he maintained in a timely manner throughout the plan development process. His billings were easy to understand and complete. I can’t recall ever asking a question to clarify a billing. This was in sharp contrast to other experiences I have had. Another large factor in our decision to select Scott was the fact that when we looked at other houses he had designed every one of them was unique in appearance. It was obvious to us that he recognized that each owner was unique and his designs bear this philosophy out. Most architects’ work can be identified by certain “trademark” features that appear in most of their work and we appreciated the fact that Scott’s work did not reflect that practice.

After completion of the plans, Scott took them through the Homeowners Review process in a very timely and professional manner. Again, in my past experiences this rarely occurred without some evidence of friction that consumed time. When we were ready to proceed to the construction phase Scott was very helpful in sorting through potential builders and estimates that each contractor had prepared. In short, I would describe our experience in working with Scott to be the most positive I have ever had working with an architect.

We would be very pleased to show our home to anyone who is thinking of using Scott and answering any questions one might have.