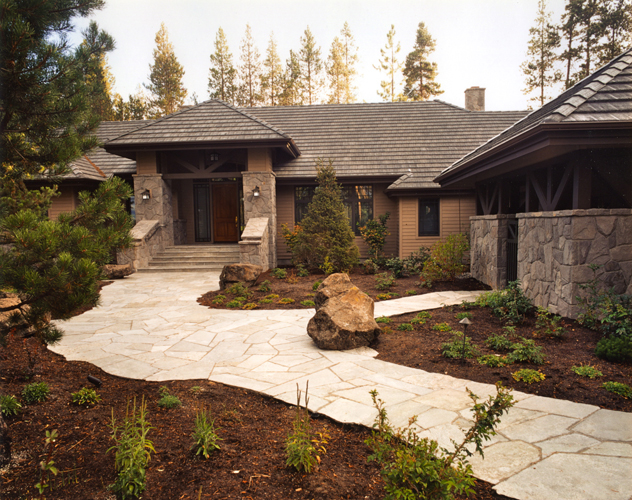 To Whom It May Concern:
I would like to very enthusiastically and very unequivocally endorse Scott Gilbride’s architectural talents. Scott was faced with a formitable task with our house.

He had to design it from 10,000 miles away since we live in Saudi Arabia and without having met us. He did that through a questionnaire he had us fill out, some magazine pictures my wife sent him of rooms and decorations we liked, and a 1½ hour phone conversation. The amazing part is that he came up with exactly what we had in mind but couldn’t put into words and couldn’t even clearly visualize. He was able to precisely “tune-in” to our needs and tastes in a house and blend those thoughts into a perfect three dimensional structure that more than met our dreams. And he did it all without hassle, without being overbearing, with compassion, patience and understanding when we were confused, and with incredible aesthetic taste and attention to detail. We never did change any of his original design. Our house just wouldn’t have been without him—and we certainly had tried other designers before we were lucky enough to find him.

Scott was precise and professional throughout the design and construction of our home. His attention to detail is amazing. All of the building contractors who saw his plans spontaneously applauded his concepts and attention to detail.

They all knew immediately from his plans exactly what was before them and all wanted the challenge and privilege of building his design. That attention to detail in the design and in the actual plans themselves allowed the project to be bid precisely, to be built expeditiously and with a minimum of error and uncertainty, and without any untoward, costly delays—and that meant a savings all around. Our contractor still raves about him and his plans.

Again without trying to belabor a point, we think the world of Scott Gilbride and his design and aesthetic sense and believe that you won’t go wrong putting what is probably the biggest investment many of us will ever make into his very capable, professional hands.